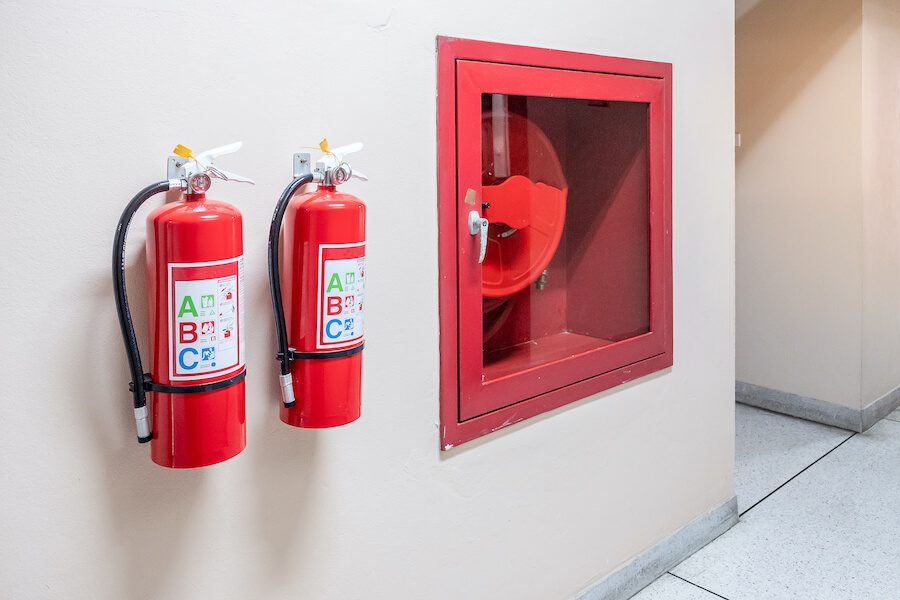 A tragic fire incident again strike the capital city of India. A massive fire broke down in a four story commercial building in Mundka, New Delhi claiming more than 27 lives. According to the fire officials, fire started at the first floor of the building due to the suspected explosion in an AC unit, which became uncontrollable due to the storage of flammable materials in large quantities on the floors with in short span of time and it took more than 6 hours of regress operation by 125 fire personnel and 30 fire tenders to control the fire.

Unavailability of fixed fire-fighting systems (sprinklers, hydrants etc.), no alternative escape route, no evacuation plan, and rapid spread of fire due to presence of highly combustible materials led to higher casualties in the tragedy at the building. Single entry and exit point made it difficult to escape and became the reason for the high number of deaths.

In order to avoid instances like Mundka tragedy, necessary measures are required to be taken care for fire resistance of the structural and non-structural components and other restrictions and requirements necessary to minimise danger to life from fire, smoke, fumes or panic before the buildings can be evacuated.

In keeping the view to minimise the loss of lives & property due to fire, fixed fire fighting system like: fire hydrant system and sprinkler system (at-least as per National Building Code (NBC) and Indian Standard) is recommended for the commercial buildings and office/business spaces.

Fire hydrant system is a safety measure or emergency system required in buildings that comprises a series of components that when assembled together provide a source of water to assist firemen. Fire hydrant installation consists of a system of pipe work connected directly to the water supply main to provide water to each and every hydrant outlet and is intended to provide water for the firemen to fight the fire. The dedicated fire water tank/reservoir serves as supply for the fire water pumps through which water is discharged into a network of pipes connected to hydrants & sprinklers which allows the spray of water in the area under fire.

Escape route is another important aspect to consider for the safety of personnel working in the building. An escape route is a predefined path of travel that has been designed to provide employees with a safe and predictable means of evacuating their workplace in the event of fire or other emergency that makes the stairways inside a building inaccessible.

Many precious lives could have been saved in this scenario if fixed fire-fighting system as mandated by the NBC and IS Standards was taken in to account. An unfortunate incident cannot be avoided all the time but we can reduce the magnitude of disaster occurred due to that by implementing and taking proper measures to counter the problem.