Case Study: The risk of a fire extinguisher system with carbon dioxide 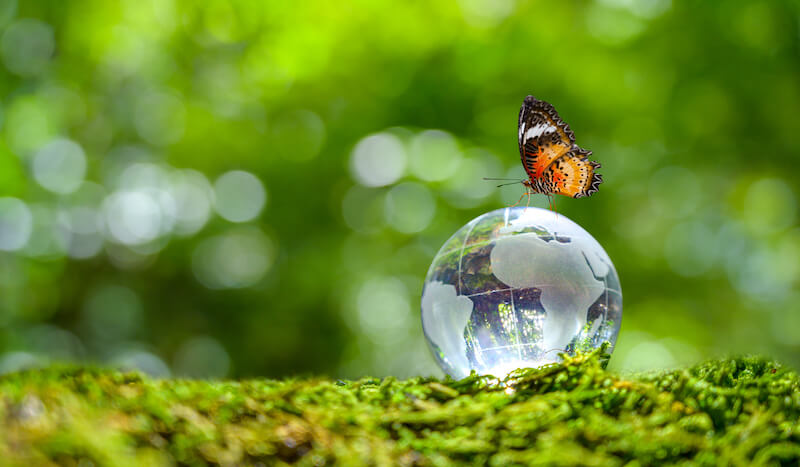 Case Study: The risk of a fire extinguisher system with carbon dioxide

On 23rd January, two inspecting workers were killed due to a malfunction in a fire extinguisher system which led to the release of carbon dioxide in a parking lot inside the basement of a building in Minato-ku, Tokyo JAPAN.

The fire department was notified that carbon dioxide was accidentally sprayed whereas the fire extinguisher equipment was a type of system that emitted carbon dioxide. The Metropolitan Police Department was investigating the situation assuming that it malfunctioned for some reason and ejected CO2 resulting in carbon dioxide poisoning.

Why is a fire extinguisher system with carbon dioxide danger

Carbon dioxide has been used worldwide extensively for several years within the areas such as data centres, telecommunications, power generation, manufacturing and testing facilities, machinery spaces, healthcare facilities and more as a fire suppressant. However, effective carbon dioxide is in fire protection, the risk involved in using it is inevitable. The amount of carbon dioxide needed to cut back oxygen level to some extent at which various fuels are prevented from burning is comparatively high and is also at a level where humans will suffer and are also at a level where humans will suffer unwanted health effects.

Carbon dioxide as a fire suppressant is risky

Carbon dioxide can cause unconsciousness or death by suffocation when used in confined spaces because in order to extinguish the fire, CO2 cuts off the oxygen supply to the fire completely. But in a confined space they’ll also reduce the amount of oxygen available to breathe. CO2 not only affects our health but it also damages our environment.

Even a pinch of CO2 added to the atmosphere stays around between 300 to 1,000 years. Moreover, increased CO2 levels in the atmosphere is responsible for approximately two third of third of the total global warming.

Why is Nitrogen a better alternative?

Nitrogen when used as a fire suppressant, it’s concentration is increased upto a level considered suitable for human consumption. For inert gas like Nitrogen, human exposure is permitted to 5 min in case oxygen level above 12%, 3 min if oxygen level is between 10 to 12% and human exposure below 10% oxygen level should be avoided.

A CO2 based system may be cheaper than a Nitrogen based system but it is a proven dangerous gas for human consumption. Nitrogen has zero global warming and zero ozone depletion potential and is 100% safe for the environment. It is non toxic itself and also non toxic byproducts generated by it. Moreover, the Nitrogen gas suppression system will be a ‘standard’ fire suppression system in future since our NN100 system is friendly to both human beings and our planet. 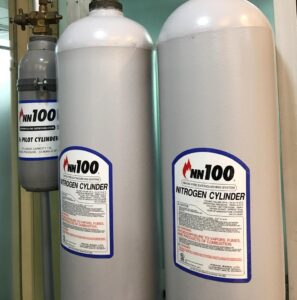 Nohmi basai propose the Nitrogen gas based system for your safe

We at Nohmi Bosai are constantly creating awareness to adopt the Nitrogen gas based system instead of CO2 based fire suppressants.
We believe that nothing is perpetual on this planet since change is a constant process. Thus, such changes are possible slowly and steadily. Hence, it is a call worth taking to save our mother planet.

Let’s contribute to a green, safe and healthy environment!